Batteries can be described as a portable power source. Items that can also be plugged into the mains can often be powered by a battery when taken out and about. Button cell batteries are often used in devices as a back-up source of power when other batteries run out, or there is a power cut, and the mains supply is interrupted. This is important with clock radios where you want the time to continue rather than pick-up where it left off after the power cut or even default to Noon or zero.

In 1899, Waldemar Junger, a Swiss engineer, developed an alkaline silver-cadmium battery. In the early 1900s, Edison would also patent a battery. It contained hydrogen hydroxide as an electrolyte and was rechargeable, although had trouble retaining its charge. They would almost seem to have invented the battery in parallel.

The modern version of the alkaline dry battery, which uses zinc/manganese dioxide chemistry, was invented in the 1950s by Lewis Urry, a Canadian engineer. He created it before starting work at Union Carbide’s Eveready Battery division in Cleveland. Urry had further developed what Edison had started experimenting on.

The letters on a battery relate to its size, in terms of length and width. A “AA” battery means that it is 50.5mm x 14.4mm. The later the letter in the alphabet, the larger the battery. For instance, a “C” size battery is smaller than a “D” sized one. “AAA” denotes a battery of smaller dimensions than a “AA”. It is all creates a simpler and more standardized way of distinguishing the battery required to power a device.

It was in 1960 that Eveready Industries in the US commercialized the first of the button cell batteries. They were of the silver-oxide type. In 1976, Hitachi Maxell Ltd would commercialize their battery of this type in Japan. These types of batteries are small and able to fit inside smaller devices such as watches. As devices were being miniaturized, batteries were available that fit them and kept them small. LR44 was a popular battery in the 1980s for the multitude of hand-held electronic games that were being produced.

The answer to what early car batteries look like is simply that cars did not have batteries. They had limited electric systems and did not require them. A bell, for example, would be the way to alert others they were in your road, rather than an electric horn. The headlights were powered by gas, and the engine was started with a hand crank. It all sounds very primitive now but to many classic car enthusiasts, it is still a reality. It was in the 1920s when car batteries were used in cars to any great extent. It was when cars came with electric starter motors. It was the 1912 Cadillac that became the first car to replace its hand crank with an electric starter motor. Ford’s Model T, despite many other manufacturers of motor cars now switching over, would continue to be started by hand crank throughout 1919.

In 1918, the Hudson Motor Car Company was the first manufacturer of motor cars to used standardized battery technology. They started using BCI/Battery Council International batteries. This was the organization which set the dimension standards for the batteries used. Until the mid-1950s, cars would have 6V electrical systems and accompanying batteries to fit this standard.

On modern cars, the battery is charged via the alternator. On earlier cars, it was a dynamo. Both these are generators and driven by a belt linked up to the engine. This is how car battery technology evolved over time when a battery was needed at all.

So, there is more to batteries than you might think, and it might only be when your torch is not lighting up, or your car will not start, that you begin to wonder just how you would manage without them. 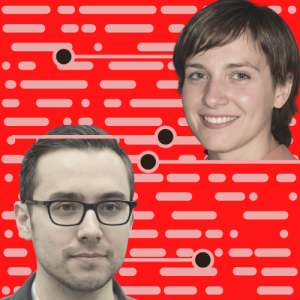 Our aims are to create a site where people can drop by to learn something unique and interesting about the world of science and technology. We are two people who became interested in the technology of our world and the potential beyond it. You can, of course, learn more about us on our About page.